The Light of Animals and The Light with Animals - terrichapmanphotography

Capturing the Splendor of Nature and Divine Light

The Light of Animals and The Light with Animals

"Until one has loved an animal, a part of one's soul remains unawakened" - Anatole France

Since early childhood, animals have been a significant and invaluable part of my life. My soul has expanded and been healed by each mammal, bird, reptile, marine life, and insect I have met on my journey. In my darkest moments, especially after the death of my Fiance, my greatest solace was found in nature and with my companion animals. So, I created this gallery for all of my fellow animal lovers in the hopes that they would find comfort in seeing that animals are loved, supported, and surrounded by The Light. And, when animals shed their physical form and return back into The Light, they continue to live and be present in our lives.
Read More 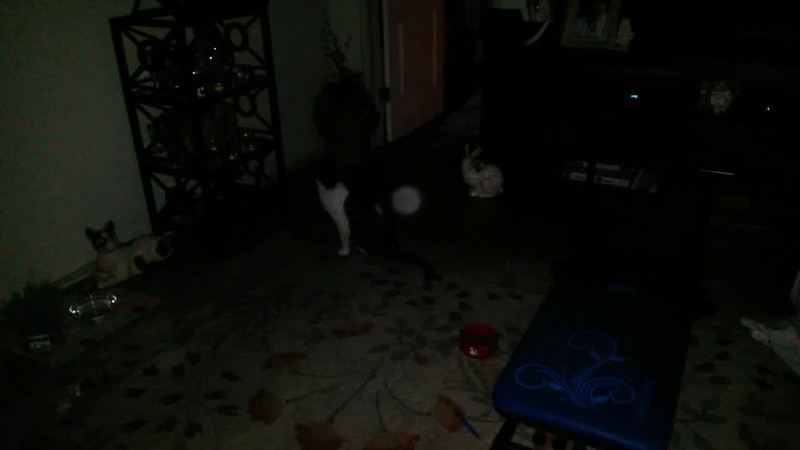 On May 3, 2016, Boo Boo was hospitalized in critical condition with diabetes, acute pancreatitis (inflammation of the pancreas), hepatic lipidosis (severe feline liver disease), signs of kidney disease, a mouth infection, a fever, a bowel impact, and dehydration.

Weeks earlier, I had taken Boo to my regular vet when Boo began to urinate, occasionally, outside the litter box. My vet thought it was due to his lack of mobility as he has gotten older, since he has trauma induced arthritis, and she gave him a steroid injection for inflammation. That injection was the worst thing she could have done since Boo was suffering with diabetes, but it was undiagnosed at that time. The fact that my vet did not suggest a blood work up, or a urine analysis, should have been a red flag that my vet was not looking at all the possible reasons why Boo was not acting normal. When Boo continued to urinate outside the litter box, I took him to a second vet, who did full body x-rays to see how bad the arthritis was and a senior blood panel workup. This vet actually looked at the x-rays, and indicated to me that there was allot of fecal matter in Boo's colon, but he did not recommend any treatment. He also confirmed that Boo's arthritis was very bad and that he had virtually no joint mobility in his one back leg. AND, when he looked in his mouth, he told me that Boo had a nasty tooth infection, and I should schedule a teeth cleaning, but we should see what the blood work indicated first. He did not send me with home with any antibiotics for the tooth infection, nor did he offer me any treatment options for the arthritis, while we waited for the blood results.

Well, that night I had to make a trip to the animal emergency hospital because Boo began bleeding from the mouth and all the emergency vet did was give Boo some fluids because he said he was dehydrated. I knew in my soul Boo was going downhill fast and that night, into the early morning, I started researching veterinarians on the internet. I knew I had found the right veterinarian, just down the street from me (I had passed by her hospital a million times and never even noticed it!) for the Bio on her website stated she owned a three footed cat....just like my Boo! It was a sign!

I called her office at 7: 50 am (the office opened at 8:00 am) and the receptionist answered the phone (another sign!) and she instructed me to come right in. The new vet promptly examined Boo and told me he was in critical condition. She could FEEL the bowel impact, she could see the tooth infection had spread throughout his mouth and a hole had started to manifest in his gum, and she could see that Boo was in extreme pain. Not one vet had given him pain medication and she said it was mandatory for the state he was in. This female veterinarian was Heaven sent and she told me she would do everything possible to heal him.

I went home that morning and promptly feel apart. I just sat in my living room and sobbed. I was so emotionally drained and I was so angry that each vet had failed Boo. But, then a calmness came over me and Jesus told me not to worry. He would take care of Boo Boo. I wanted to believe a miracle was possible, but I was so rooted in the physical drama that I did not know how to let go of it.

But, the miraculous recovery did not take long! When Boo had arrived at the new vet's office, they tested him for diabetes and his blood glucose reading was in the 600's (normal is 80 to 120)! Can you imagine? Dangerously high blood sugar levels cause ketoacidosis, which can led to coma and death. I still cannot believe Boo had not died from the weeks he was suffering with high blood sugar. And, this is why Boo was urinating outside of the box, for he had uncontrolled diabetes, he was dehydrated from the high blood sugars, the diabetes had caused the acute pancreatitis, and his system was shutting down.

Within a few days of receiving insulin, Boo's blood sugar readings were in the 80's and they have remained normal ever since. The vet said she had never seen a cat reverse their diabetes. She had dogs reverse their diabetes, but never a cat. Plus, every other condition he had was also reversed. She called Boo her miracle cat.

Now, I do not take the excellent medical care received out of Boo's miraculous recovery. The veterinarian provided excellent care. But, I know Jesus and the Archangels were working with the vet to manifest the positive medical outcome.

In late May, Boo had dental surgery to remove the bad tooth and other questionable teeth that the vet felt would cause health issues down the line. While Boo was in a great deal of pain, he recovered nicely. The only routine medication I now give Boo as a result of his hospitalization, is an intramuscular injectable medication to help control his trauma-induced arthritis.

So, all of that back story leads me to say that it was so lovely to capture The Light of my Fiance, Ken, loving and comforting Boo Boo after his health ordeal. While Ken's form has changed, his love for Boo Boo has not.